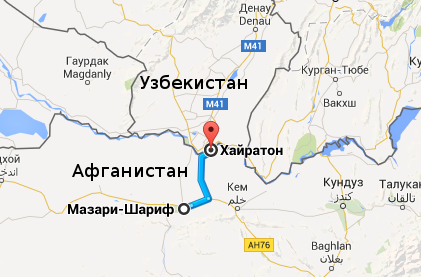 Yesterday, I linked the unverified information circulated by the media that alleged that the Russian Air Force destroyed a military field hospital of the so called Syrian opposition with the Doctors Without Borders hospital in Afghanistan's Kunduz which was indeed bombed by the American Air Force. I explained this attempt of spreading disinformation by the desire of the American propagandists to cover up the crimes of their own military, as usual, shifting the blame on Putin. But the attempt failed, details of the bombing of the Doctors Without Borders hospital by the American aviation is widely discussed in the media. UN Secretary General Ban Ki-moon demanded a thorough investigation of the incident; Barack Obama expressed his condolences to the victims.

Barack Obama, President of the United States, "On behalf of the American people, I extend my deepest condolences for the loss of medical workers and other civilians in the tragic accident."

The organization claimed that the bombing of the hospital lasted for half an hour and continued even after the coalition forces had been informed that they were shooting at civilians. (End of quote)

What caused the bombing? Unable to effectively conduct combat operations, the Government troops, spurred on by the Americans, attempted to capture Kunduz with significantly superior forces trained in a special programme. The attempt failed: Government forces under the guidance of the American trainers were unable to conduct ground operations. The Mujahideen were prepared to repel an attack and intended to hold Kunduz, control of which gives the ability to keep the strategically important region.

In Afghanistan, for the Americans bombing remains the only way to solve the problems even though it cannot significantly influence the outcome of the ground operation. The hospital was bombed, the operation's objective was not achieved. They tried to enter from the rear through Mazar-e-Sharif, but as it turned out, they were expected there.

Last night, in Mazar-e-Sharif, near Kunduz, in northern Afghanistan, the Taliban executed 20 mercenaries who worked for the private military companies associated with VG.

Among the executed mercenaries 12 people were American citizens. Vanguard tried to organize a rescue mission in Mazar-e-Sharif, but apart from bombing, they have no other effective means. US military no longer set foot on Afghan soil, as Obama realizes the futility of continuing the military operation. The PMCs’ instructors who stayed showed their complete incompetence.

If you can't fight yourself — go teach others, and this is what the PMCs basically are doing - in Afghanistan, Iraq and Syria, in Ukraine. Oddly enough, despite the fact that many operations conducted worldwide can be referred to as "epic failure", they still find customers who are willing to pay for the training of the government forces.

The Taliban (the Organization's activity is banned on the territory of the Russian Federation by the decision of the Supreme Court) has been conducting successful operations throughout Afghanistan, urging the uninvited foreign visitors who overstayed for 14 years to get out.