Tragedies in Langley. Another Epilogue 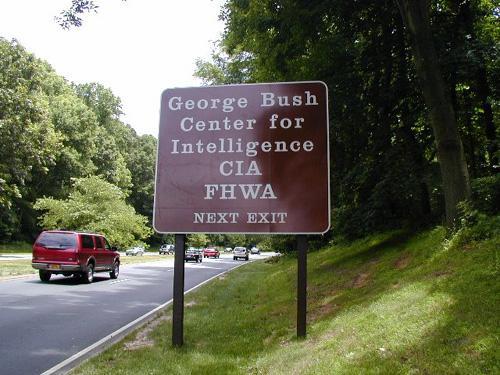 The whole day I’ve been discussing the reasons of the revolt in the Ukrainian Department in the George Bush Center for Intelligence in Langley, VA, with people who possess the necessary “informational background.”

This morning (local time), twelve operatives of the remaining personnel of the Ukrainian Department have been detained.

It can be suggested that the new Director of the National secret service, on whom President Obama put hope that the former would look after the unsinkable Director John Brennan, hasn’t succeeded yet in carrying out this function. In favor of this conclusion speaks the method used to suppress the disciplinary violations and the high probability, as all the signs indicate, that the murder of the five operatives, including at least three high-ranking officers within the central apparatus of the CIA, will go unpunished.

Within the framework of the management reform, several of the “werewolves” working for Vanguard have been moved from some of the key positions – but far from all of them, and not from all positions. At the same time, my interlocutors and I have been unable to uncover any political underlying reason behind the events in the Ukrainian Department.

People in Vanguard are set, on continuing the escalation of the conflict in Ukraine at any cost. The revelations the European leaders have in their possession and the pressure they have been successfully exerting on the White House administration are just intensifying the corporation’s incentive to demonstrate, under false flag, the unprecedented atrocities of the pro-Russian “terrorists.”

That would allow pushing the European leaders into the corner – even if you don’t believe that the villains came from Donbas and are positive that Americans did it, here is the video on TV handy, and the public is demanding to put an end to this outrage. The weapon supplies, apparently, will just prolong it, but logic doesn’t work in politics.

These lobbying efforts have been successful. Vanguard has managed to counter Obama in both houses of Congress. In the result, the position of their man in Langley, Director Brennan, hasn’t been weakened as much as it should be expected.

So, what or who is behind the crushed rebellion, whose interests? Nobody’s. On one side, the veteran operatives feared for the “esprit de corps” – too many failures and leaks had resulted from the Ukrainian operation, and too great is the risk of exposure.

However, there were other human factors involved. The enemy, the pro-Russian separatists including their family and neighbors, is one thing. The CIA operatives are no strangers to inflicting “collateral damage.” However, children of the Ukrainian allies and the patients of the Ukrainian hospitals is a totally different thing.

The matter is not only the responsibility the operatives themselves would have borne in case of exposure. Even their own children would have been ostracized – “your daddy killed kids of other Christians.”

And, finally, the upbringing. Not everybody went to work for the CIA, dreaming of aiding a Military-Industrial Complex corporation to have a cut from the budget at any cost. Far from it. Many believed that “veritas vos liberabit.” “And Ye Shall Know the Truth and the Truth Shall Make You Free” is engraved in stone on the old building of the Langley complex.

They didn’t succeed to get used to this truth. The Gospel According to John doesn’t preach to kill Christian babies – even for the sake of the superprofits of the respected and already rich compatriots.

Good or bad, but they happened to be Christians, and thus were unable to survive in Langley in our difficult times. Forgive their trespasses, Lord. Greater love has no one than this: to lay down one’s life for one’s friends.