Interception of Governing the Taliban Fails 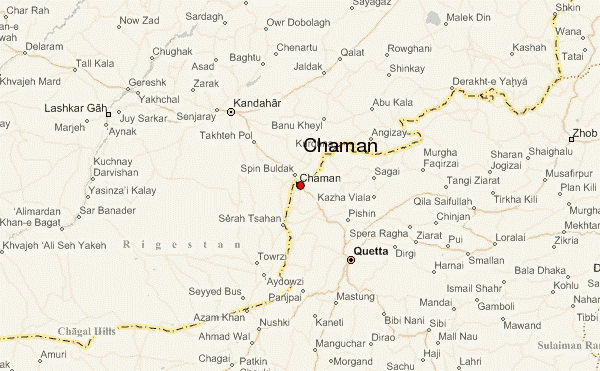 The main objective of the hybrid war is taking control over the government. Today, it is no longer necessary to send troops to conquor a country. It is enough to put it under the external governing. “Democracies” who sell their countries out are willing to tolerate a direct presence of foreigners in the government. It doesn't matter who they get as appointed ministers or governors - be that N. Jaresko or even M. Saakashvili - they will wipe the spit off their faces and say “thank you”. "Democratically elected" government will publicly announce that this is the very freedom and independence the people hopped for on the Maidan.

The countries and nations who have not lost their dignity as a result of "the global fight for democracy", still receive their leaders selected from their fellow countrymen, but, of course, recruited or controlled in a different way from abroad.

It is only the truly free nations and peoples who are capable to fight back hard against "their own" governments controlled from the outside. To many nations and countries the Afghan people are an example of the nationwide resistance to the Anglo-Saxon occupation.

And this is quite an unpleasant example for the Anglo-Saxons; no matter how many times Karzai was appointed, he never went againt the will of his people - he was afraid. Blood vengeance is an effective tradition. Now Afghanistan has a new president, Ashraf Ghani Ahmadzai, who cannot go against the will of the people too, even though the Americans put pressure on him no less than they did on Karzai. The obstacle is the Taliban, the national liberation movement.

The strategy of intercepting control over governing is used not only against countries, but also against the national liberation movements, if they can not be defeated directly by the military means or a victory will cause an unacceptable damage to the political leadership of the United States.

Direct military confrontation with the Taliban will cause an unacceptable damage to the US leadership, so the methods of hybrid warfare make daily attempts to equalize the Taliban and ISIS in the media space. And then it becomes possible either to fight using unconventional methods, or to drag the Russians in. Let them on the sly bomb the Taliban away along with ISIS. Maybe the Russians will never get it that the Obama administration is dragging them into the bloodbath.

And when they finally get it, their relationship with the Afghan people will be damaged beyond repair, and the Anglo-Saxons will get access to the mineral resources of Afghanistan. And then, of course, this whole scheme will be called a victory for democracy. Democracy wins when, after the war for democracy, the resources go to the Americans, the British or their allies; if they don't, then democracy loses, and this defeat is mourned by the entire civilized world.

Of course, in the interests of democracy the "moderate rebels" continue fighting against the "bloody regime," for example, of Bashar Assad who doesn't want to be a good boy just to give the resources away. Or to provide a territory to build a gas pipeline. Bashar Asad is tyrant. He tyrannizes commodity exchanges. Had he been a good boy, a coup would have happened anyway, but a little bit later.

Almost every week various "free and democratic" MSM announce that the Taliban had sworn its allegiance to ISIS, and vigorously report that someone of the leaders has been killed. They lie like a rug. What is sad is that the Russian information agencies I respect so much reprint this balooney in translation, but don't check the facts. And here again they have hurried to become a mouthpiece of the secret desires of our potential partners:

Xinhua reported that the leader of the extremist movement Taliban, Mullah Akhtar Mohammad Mansour, died in Afghanistan as a result of injuries sustained in a firefight.

Mansour was seriously injured during a skirmish on Wednesday after a fierce dispute with other leaders of the organization, said a country's official.

The same information is provided by France-Presse who quoted sources in the Afghan Government and the Taliban.

Mullah Akhtar Mohammad Mansour became a leader of the extremist movement Taliban in Afghanistan in late July. He replaced the deceased founder of the organization, Mullah Mohammed Omar.

According to the agency, after he became the new leader of the movement, the Taliban has split into two factions.

In recent months, the situation in Afghanistan has notably deteriorated. The Taliban who earlier gained control over a significant territory in the country's rural areas, has launched an offensive on the major cities. Late September, the Taliban fighters seized the city of Kunduz in the northern Afghanistan, and now are advancing on the city of Ghazni, the administrative centre of the province with the same name to the southwest of the capital Kabul. [end of quote]

Poppycock in a highly concentrated form. Let me explain point by point:

Firstly, Mullah Mansour is alive and currently is in the town of Chaman, the province of Balochistan, on the Pakistan-Afghan border. In the beginning, he was reported to be wounded, and now this information has received no confirmation. A little bit later, it was reported that the wounded person was someone else from his inner circle, and as for the Mullah, Allah kept him safe. I am checking.

Secondly, there was no skirmish between the Taliban commanders, and it was someone from ISIS who attempted on Mullah Mansour's life for refusing to swear allegiance to the IS.

Thirdly, the Taliban hasn't split into two factions. In the region operates the Pakistani Taliban, but this is a different group which has nothing to do with the Taliban - it is funded by the American secret agencies through the Indian firms and it is promoted either as the main organization or as a faction that broke away from it.

Fourthly, you, the media - make up your mind so that your lies are smooth and consistent. Either the Taliban has got devided and weakened, or the Taliban has strengthened and greatly increased the territory it controls.

Otherwise, one gets conclude from the report that the Taliban has got split, weakened and at the same time seized new territories. The weaker you are, the larger territory you control? This is applicable only to the United States - it becomes immediately clear that the author of this information delirium belongs to the exceptional nation. Same pattern can ben seen in the reports of the foreign MSM about ISIS in Syria - "IS is as strong as never before, but the militants run for their lives." There is nowhere to run, by the way: in Afghanistan, the Taliban doesn't let the ISIS fighters in, which explains the endless false reports about the death of its leaders. It gets evident right away that the same information centre works very hard on both Syria and Afghanistan.