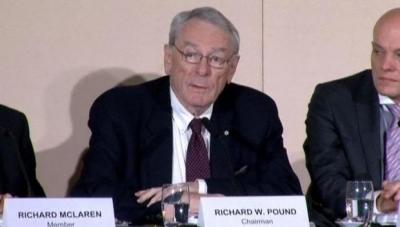 The flames of the doping scandal are being fanned, with the media relentlessly bringing it up. All this does not remain unnoticed, enticing to try to analyze what has happened and to bring to light certain common factors. The things to begin with are to single out the names and organizations most often mentioned in the media. And here is what we end up with – the World Anti-Doping Agency, International Association of Athletics Federations, the International Olympic Committee (IOC), the 2016 Rio Olympics, Canadian Dick Pound (Richard William Duncan “Dick” Pound), Craig Reedie from Britain, the WADA President, New Zealander David Howman, Director General of the WADA who currently resides in Canada, British Sebastian Newbold Coe, Baron Coe, CH KBE (Lord Coe), American Travis Tygart, USADA’s CEO, Canadian Richard McLaren, a member of the special committee to investigate the allegations of doping use in Russian sports, and Puerto-Rican Richard Carrión. 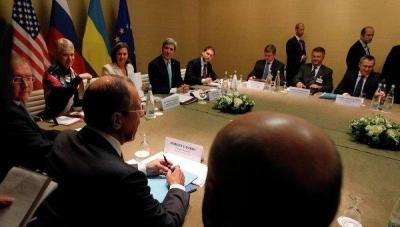 Geneva Talks: the Kingdom of Saudi Arabia Threatens Russia with the Missiles from its Warehouse

An attempt of the pro-Saudi opposition to bargin a cease-fire in exchange for its participation in the talks seems to have failed. As did Turkey's attempt to exclude from the negotiation process the Syrian Kurds not linked to the Barzani family who completely sold themselves to the Turks and got bogged down up to their ears in smuggling of oil from Iraq and Syria.

The tactics of the Kingdom of Saudi Arabia and the "opposition" to negotiate a peaceful settlement in Syria in the best traditions of the Ukrainian negotiators did not bring any results. The Ukrainian negotiating traditions, let me remind you, are - to pester to no end and under the guise of negotiations to drag on in order to have time to modernize army, not to comply with the Armistice Agreement, to hide behind civilians, by deception and provocations to return to the demilitarized territories from which the army was previously pulled out.

The bad news does increase traffic to the news resources, and it is not me who coined that. But I can't help it - I love the good news, even though it is so rare.

At the request of my regular reader:

Tags:
Ukraine, correspondence with readers
More...
Preparation for Provocation by the AF of Ukraine in Donbass

After the talks between Vladislav Surkov and Victoria Nuland, another assault by the AF of Ukraine on Donbass was delayed a bit, but not completely cancelled; therefore one should not be too delusional. And peacefulness has nothing to do here.

Yesterday, I linked the unverified information circulated by the media that alleged that the Russian Air Force destroyed a military field hospital of the so called Syrian opposition with the Doctors Without Borders hospital in Afghanistan's Kunduz which was indeed bombed by the American Air Force

New details have become available and they shed light on today’s tragic events in Langley. Western European politicians who are demanding to stop the war in Ukraine, in negotiations with their American counterparts unwarily used an argument that the rebels of the South East of Ukraine are not terrorists but civilians fighting against the infringements of their legitimate civil rights. 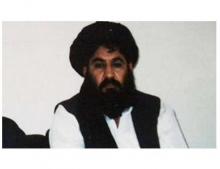 An unusually busy traffic of personnel’s vehicles is taking place at the CIA headquarters in Langley, VA – they are leaving.

The directorship made a decision to send home all those not too busy in order to minimize the number of people who could notice the massive investigation in the Ukrainian Department triggered by the suspicions of corruption.